Items in the Public Sculpture in New York City Collection 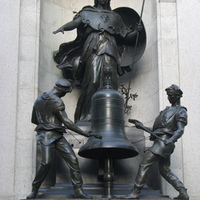 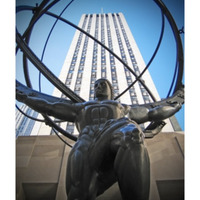 Atlas is one of the Titan gods. In many stories, he is tasked with holding up the world. 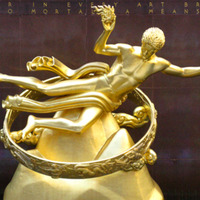 Prometheus, one of the Titan gods, is depicted bearing fire. In accounts of Greek mythology, Prometheus gives the technology of fire to mankind as a provoking gesture in a feud with Zeus. 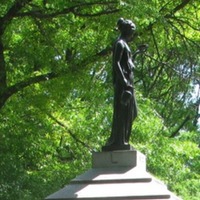 Hebe is one of the mythological gods who was the cup-bearer for the Olympians. She is thus often associated with water and vases.

Athena is the Greek god of Wisdom and Righteous Warfare among other things.