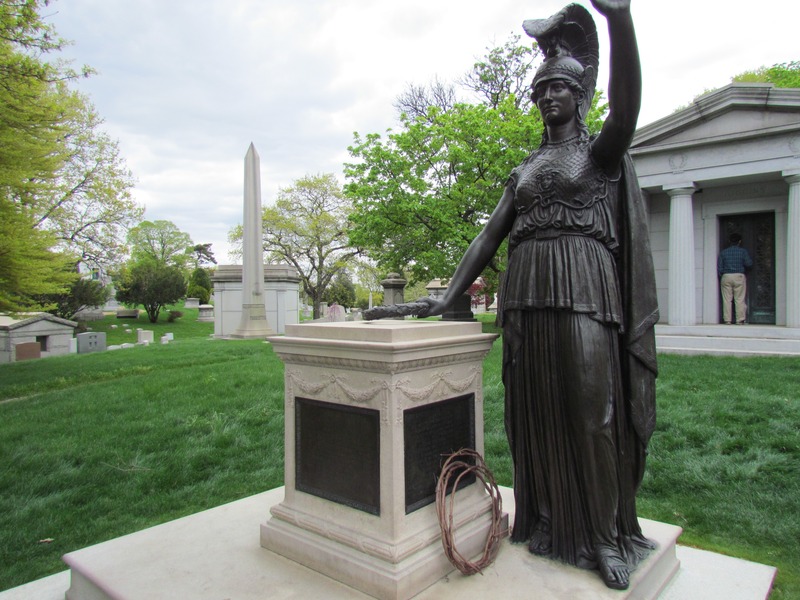 Located in Greenwood Cemetary, the Monument and Altar to Liberty, features a striking Athena statue.  Of interest to note in this representation is the downplaying of Athena's martial attributes.  Other than her usual helmet and breastplate, which is noticably reserved, Athena instead stands almost in a typical orator's stance with one hand outstretched and the other holding a laurel wreath.  She directly faces the Statue of Liberty in New York Harbor to her west.  Athena is thus positioned to in effect wave towards the Statue of Liberty.

Recent attempts to develop residential property would have blocked this historic connection between these two monuments.