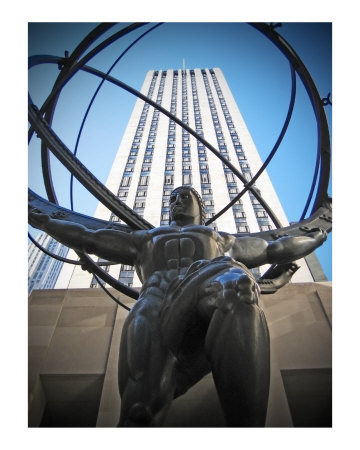 Atlas is one of the Titan gods.  According to Hesiod's Theogony, 507-520, Atlas holds up the world at Zeus' bidding.  In another version told by Ovid in the Metamorphoses, IV. 604-662, Atlas is transformed by Perseus with the aid of Medusa's severed head into a giant mountain upon whose shoulders the vault of the world rests.  Most images of him feature the world upon his shoulders.