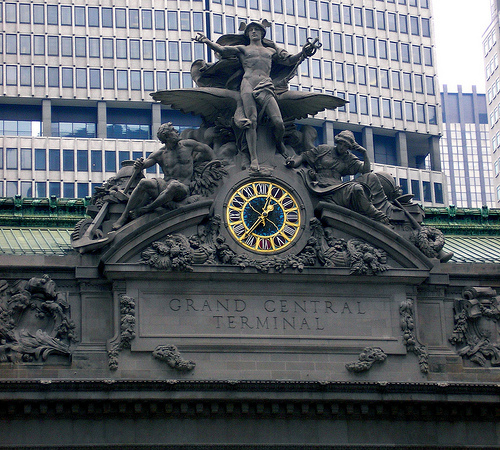 Located at one the central transportation hubs in NYC, Mercury at Grand Central Terminal faces south on Park Avenue.  Hermes or Mercury is most known as a messenger god, but ancient sources attribute several spheres to him including commerce and travelling.  This makes him the ideal candidate to grace Grand Central Station.  He is depicted here with two of his iconographical attributes, a winged hat and the caduceus.  He is accompanied by Zeus' eagle, Hercules to his right, and Athena to his left.